More than 90% of Europeans are concerned about mobile apps collecting their data without their consent. Today, an important step was taken to finalise EU data protection rules to help restore that confidence.

Ministers in the Council reached a General Approach on the new data protection rules, confirming the approach taken in the Commission’s proposal back in 2012 (see IP/12/46). The proposed rules received the backing of the European Parliament in March 2014 (MEMO/14/186).

How do EU data protection rules contribute to boosting the Digital Single Market?

Completing the Digital Single Market is one of the top priorities of the European Commission. The internet and digital technologies are transforming our world. But existing barriers online mean citizens miss out on goods and services, internet companies and start-ups have their horizons limited, and businesses and governments cannot fully benefit from digital tools.

With a fully functioning Digital Single Market, we can create up to €415 billion in additional growth, hundreds of thousands of new jobs, and a vibrant knowledge-based society (see IP/15/4919).

But if citizens do not trust online services, they will not benefit from all the opportunities presented by technology. Confidence is paramount, but it is still far from a reality.

Data protection reform will address this lack of trust. It will strengthen citizen’s rights such as the right to be forgotten, the right to data portability and the right to be informed of personal data breaches. The reform gives national regulators enforcement powers to ensure that these new rules are properly applied. They will be able to impose fines of up to 2% of a company’s annual worldwide turnover.

What are the main benefits of the EU Data Protection Reform?

The European Commission’s proposals for a comprehensive reform of the EU’s 1995 Data Protection Directive aim to strengthen privacy rights and boost Europe’s digital economy. The Commission’s proposals update and modernise the principles enshrined in the 1995 Directive, bringing them into the digital age and building on the high level of data protection which has been in place in Europe since 1995. A clear definition of personal data will be established in the regulation to ensure harmonised implementation of the rules across the EU. The legislation is technologically neutral: this means that it will not go out of date, enabling innovation to continue to thrive under the new rules.

What are the main benefits for citizens?

The data protection reform will strengthen citizens’ rights and thereby help restore trust. Nine out of ten Europeans say they are concerned about mobile apps collecting their data without their consent; seven out of ten are concerned about the potential use that companies may make of the information disclosed.

The new rules will put citizens back in control of their data, notably through:

What are the benefits for businesses?

Data is the currency of today’s digital economy. Collected, analysed and moved across the globe, personal data has acquired enormous economic significance. According to some estimates, the value of European citizens’ personal data has the potential to grow to nearly €1 trillion annually by 2020. Strengthening Europe’s high standards of data protection is a business opportunity. 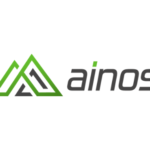 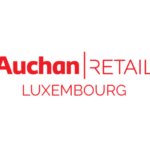 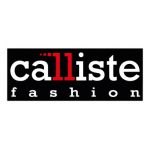 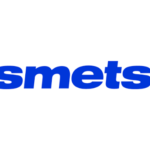